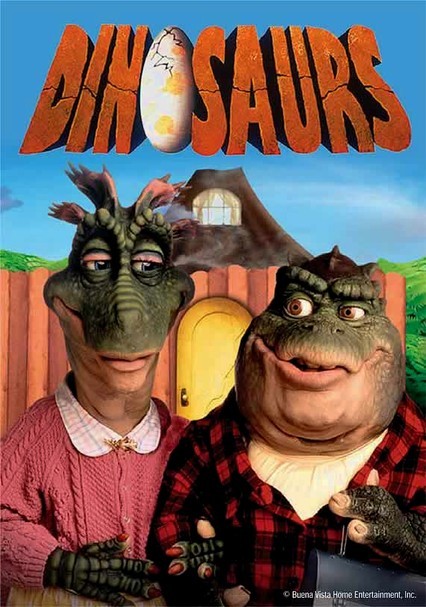 1991 TV-PG 2 seasons
Combining advanced puppetry and animatronics, this domestic sitcom created by the Jim Henson Company evokes the comic Stone Age of "The Flintstones," but bases it instead on a typical prehistoric suburban family of dinosaurs.

Featuring groundbreaking puppetry, this animated comedy series comes courtesy of the visionaries at Jim Henson Productions. It's 60 million years B.C., and life is tons of fun, if your species rules the planet. Just ask the Sinclair clan -- a family of talking dinosaurs who give new meaning to the word tubby. The show's talented voice cast includes Jessica Walter, Sally Struthers, Sherman Hemsley and Stuart Pankin.