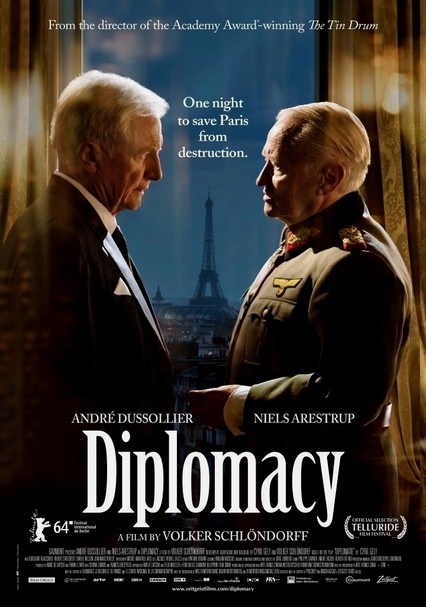 2014 NR 1h 23m DVD
When a doomed and demented Adolf Hitler orders his army to level Paris with explosives before abandoning the city, Swedish consul general Raoul Nordling launches a diplomatic attempt to persuade a German general not to execute the plan.