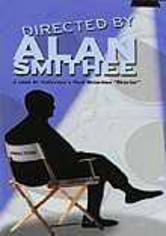 2002 NR 0h 50m DVD
From 1969 to 1999, one filmmaker directed more films than any other. And it wasn't Coppola, Spielberg or Scorsese. It was Alan Smithee, director of every genre -- comedies, westerns, dramas and more. You wouldn't recognize his face, as Smithee is a pseudonym directors assume when they want to disown a film. Here, you'll get the inside scoop on Hollywood's battles of power and betrayal.