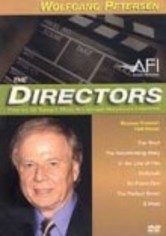 2000 NR 0h 58m DVD
Since his breakout 1981 hit Das Boot, Wolfgang Petersen has risen to become one of Hollywood's most in-demand filmmakers. Featuring interviews with actors from Petersen's biggest films, this volume in the Directors series follows his storied career. Clips from Petersen's hits, including Air Force One, The Perfect Storm and The Neverending Story, accompany the retrospective, a production of the American Film Institute.