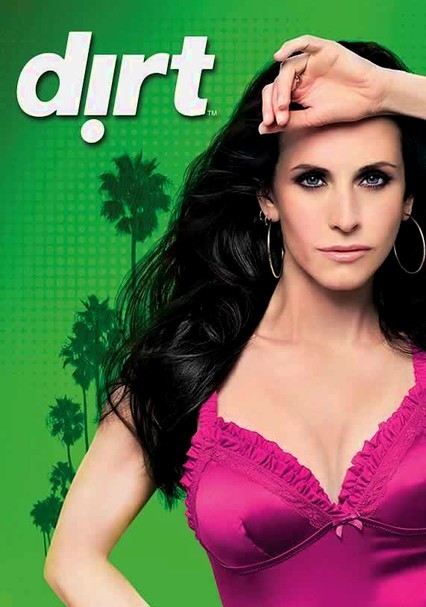 Helped by zany photographer Don Konkey (Ian Hart), ambitious rag editor Lucy Spiller (Courteney Cox) does her best to walk the fine line between ruthless scheming (blackmail) and journalistic integrity (she will publish only the truth). This provocative satire of the cult of celebrity and the world's truly insatiable appetite for Hollywood gossip also features Will McCormack and ex-NBA star Rick Fox.

Courteney Cox reprises her role as journalist Lucy Spiller, the cold-blooded editor in chief of Dirt Now magazine, a sleazy tabloid rag with a knack for ending careers, breaking up families and ruining the lives of the Hollywood elite.

Parents need to know that this adults-only cable drama features explicit sex scenes including topless women, bare-bottomed men, and (hidden) sex toy usage. Drug use is rampant, including one scene of cocaine being snorted by a pregnant woman while she commits suicide. One attractive, appealing character is a drug dealer, while the celebrities portrayed are sometimes complex -- both backstabbing and sympathetic. Some creepy, if unique, elements include a pregnant ghost woman in a romantic relationship with a (live) mentally ill man.

Extreme sexual content, including nudity. Character has spirited pool-side sex with a hooker. Lots of moaning and sex talk.

Occasional violence, including an intense kicking and punching scene. One character commits suicide by drug overdose.

Only the most extreme language is omitted. Frequent uses of "s--t," "ass," "dick," etc. are loud and clear

Both sides -- the celebrities and the tabloids -- have momentarily redeeming moments, but mostly they're backstabbing, pill-popping, promiscious folks.

Blatant product placement: Pontiac, Range Rover, Treo, Dell, and a mention of Dancing With the Stars.