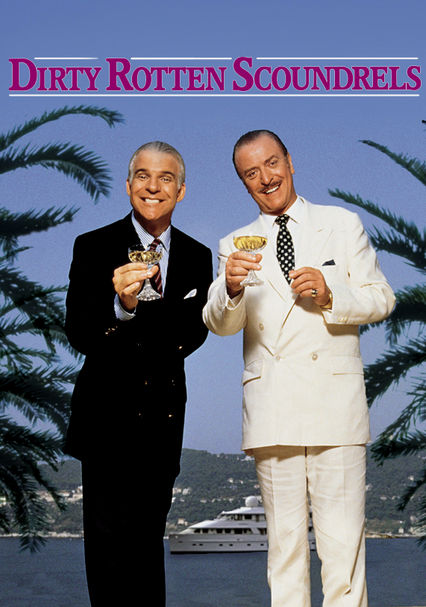 1988 PG 1h 50m Blu-ray / DVD
Small-time con man Freddy butts heads with Lawrence, a successful European swindler working the Riviera. Hoping to get rid of one another, they make a loser-leaves bet to scam the fortunes of a wealthy heiress.

Parents need to know that this movie features characters taking advantage of one another. It hints at the fact that the scam victims' money was ill-gotten, and therefore they deserve to be fleeced. No one in this film is particularly moral. If the two scammers have a fatal flaw, it's their overconfidence rather than their immorality. Steve Martin's turn as a developmentally challenged, and later, physically challenged, man plays mental and physical deficiencies for laughs.

A character briefly lashes another with a reed; no lasting effects.

No one in this film is particularly moral.