Disappearing World: The Kayapo Indians of the Brazilian Rainforest 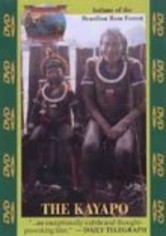 Disappearing World: The Kayapo Indians of the Brazilian Rainforest

2003 NR 1h 0m DVD
Narrated by anthropologist Terry Turner, this illuminating documentary looks at the dramatic changes effecting central Brazil's Kayapo Indians as they adjust to the growing influence of modernity on their tribal culture. The confluence of the ancient and the contemporary in Kayapo daily life -- from hunting tortoises to protesting the building of a government dam to using modern electronics -- is a fascinating study in contrasts.