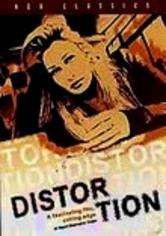 2005 NR 1h 43m DVD
A playwright (Haim Bouzaglo, who also directs) based in Tel Aviv, Israel, struggles to find meaning in the strife that's tearing apart his country as well as ensnarling his personal life. He uses the only weapon at hand, his pen, as he begins writing a new play, but when he finds himself creatively blocked, Haim seeks the muse by hiring a private investigator to shadow his documentary filmmaker girlfriend. Avi Gior and Tzufit Grant co-star.