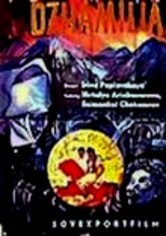 1969 NR 1h 23m DVD
Trapped in an arranged marriage, Djamilya falls in love with a wounded war veteran while her husband is away fighting the same war. When news of the husband's imminent return reaches the lovers, they're forced to make a tough choice in this film based on a story by Soviet writer Chinghiz Aitmatov. Set during the Great Patriotic War of the early 1940s, the story is told largely via flashback by a reminiscent young friend of the couple.