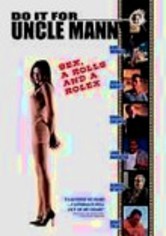 2002 NR 1h 35m DVD
Struggling actor Danny (Adam Baratta) and his pal Stuart (Shane Edelman) are ready to rock the L.A. nightlife -- with help from a Rolls Royce and Rolex "borrowed" from Stuart's uncle Manny, a big-time producer. But plans go awry when the boys meet the too-good-to-be-true Jenny (Kari Wuhrer). The mysterious hottie pulls a major fast one on Danny and Stuart, prompting a zany chase through the City of Angels in this ingratiating indie comedy.