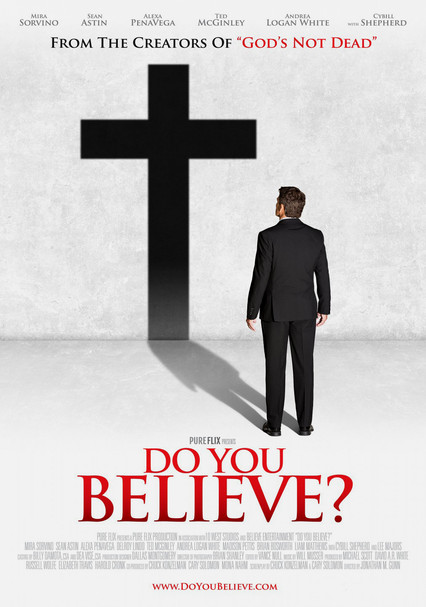 2015 PG-13 2h 0m DVD
For reasons they are not yet able to comprehend, a dozen strangers cross paths, converging on the importance of Christ -- all triggered by one pastor's life-changing encounter with a street-corner preacher.

Parents need to know that Do You Believe? is a faith-based film from the makers of God's Not Dead; like that film, it has a Christian storyline and overtly politically conservative messages. While there's no sex or language, you can expect disturbing scenes of violence, including several gun shots, a murder, a chase scene between criminals, and a fatal car accident that kills or injures people. While viewers who agree with the filmmakers' beliefs may enjoy the film, others could be uncomfortable with the movie's political agenda and the stereotypical portrayal of atheists and people of color (every young person of color in the film is either a criminal or suffering in some way: a pregnant teen, gang members, and a violent former Marine suffering from PTSD). The violence makes the movie inappropriate for young viewers, but teens in church-going families should be mature enough to handle the content.

Two different couples (one married, one starting their relationship) embrace and kiss.

Men with guns steal a van, point a gun at unarmed men, have a shoot out with other criminals, and kill a man. People die and are injured in a car accident.

Central messages are that faith has the power to save you and help you out of dark and desperate situations into the light. Also presses that you must fight for what you believe in, even if that means going up against people and authorities who will test and doubt you.

A couple has wine at their table at dinner.