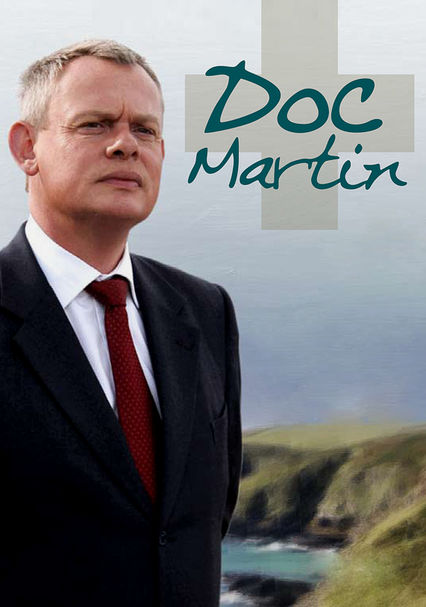 2004 NR 7 seasons
Crippled by a sudden and inconvenient fear of blood, flashy surgeon Dr. Martin Ellingham abandons his bustling London practice and sets up shop as a country doctor in this medically minded British sitcom.

As the first season of this sitcom unfolds, blood-averse Doc Martin opens his office, only to find his waiting room impossibly full. But nobody in the town of Portwenn is really sick, they just want to meet their new neighbor.

In Season 2 of the sitcom, gruff surgeon Doc Martin contends with a self-proclaimed homeopathic healer in his sleepy Cornish village and makes a crucial decision regarding the fate of another man vying for Louisa's love.

Fatherhood hasn't softened the dour Dr. Martin Ellingham, who's about to take a new position in London when events conspire to keep him in Portwenn. His son needs a name, his replacement doesn't seem up to the job, and he receives devastating news.

Fan favorite Martin Clunes (Men Behaving Badly) is back as the surly, self-centered Dr. Martin Ellingham. In the sixth series, the doctor tackles fatherhood and his on-again, off-again relationship with local teacher Louisa.

Martin Clunes returns as Dr. Martin Ellingham in the seventh series of this smash-hit British comedy. The doctor continues his practice in the picturesque seaside town of Portwenn, while raising his son and nurturing his marriage to Louisa.

While Doc's social skills show no signs of improving, he remains as vital as ever to the Portwenn community. At home, the chronic friction between Doc and Louisa is beginning to diminish.

This season, cantankerous Doc finds himself in hot water with the General Medical Council because of his less-than-friendly bedside manner. Meanwhile, his wife worries that their son has inherited Doc's disposition.