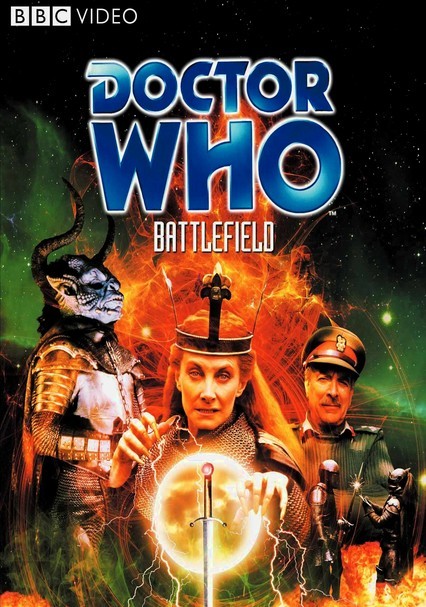 1989 NR 1h 35m DVD
Sylvester McCoy stars as the Doctor in this four-part King Arthur-influenced storyline from the late-1980s incarnation of the long-running sci-fi series. After answering a distress call, the Tardis surfaces in the village of Cadbury. There the Doctor and Ace (Sophie Aldred) are confused after discovering a squad of UNIT troops battling knights from a distant dimension. Jean Marsh also shines as the villainous Queen Morgaine.