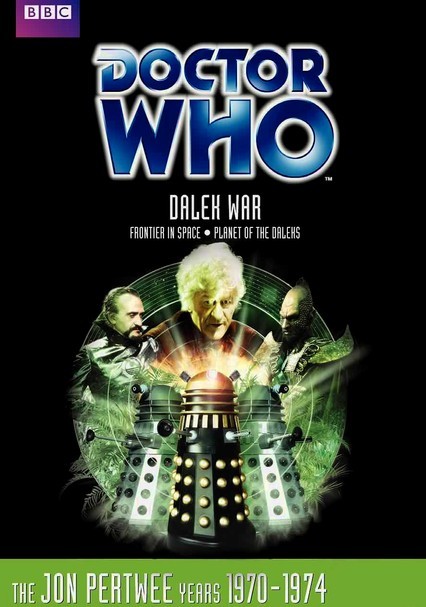 1973 NR 2h 23m DVD
Escalating tensions between Earth and Draconia threaten to lead to an interstellar war -- and as the Doctor (Jon Pertwee) tries to intervene, he soon realizes it's his old nemesis, the Master (Roger Delgado), who's manipulating the situation. Now the Doctor and his sidekick Jo Grant (Katy Manning) must put a stop to the Master's maneuvers before he manages to create total intergalactic chaos in this 6-part episode of the British sci-fi series.