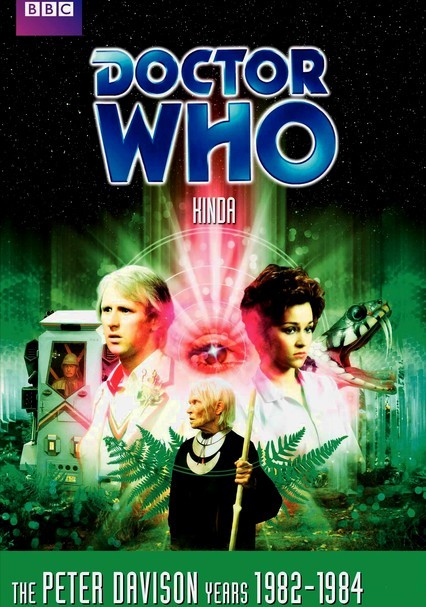 1982 NR 1h 38m DVD
While the Doctor (Peter Davison) is investigating a string of unexplained disappearances on the seemingly idyllic planet of Deva Loka, his frightened companion Tegan (Janet Fielding) gets pulled into a plot involving nightmares and demonic possession. This Doctor Who adventure, which originally aired in 1982, gets its name from the planet's native inhabitants, the Kinda, whose powers are far more advanced than what they seem.