Doctor Who: The Dalek Invasion of Earth 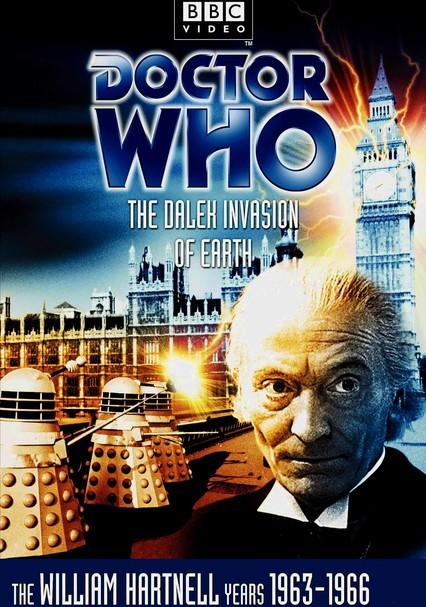 Doctor Who: The Dalek Invasion of Earth

1964 NR 2h 28m DVD
The TARDIS appears in London circa 2164, where Dalek intruders have seized control of earth with the help of enslaved humans known as Robomen. Doctor Who (William Hartnell) and company set their sights on a huge mine in Bedforshire. There, they must thwart a Dalek plan to replace the earth's core with a piloting device that will turn the planet into a massive spaceship. The six-part adventure is one of the most beloved of all "Doctor Who" tales.