Doctor Who: The E-Space Trilogy 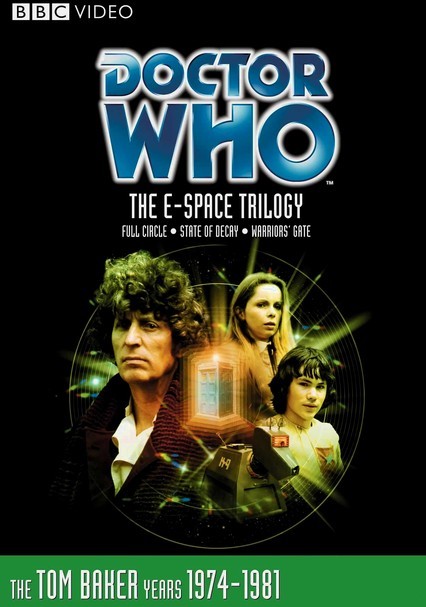 Doctor Who: The E-Space Trilogy

1980 NR 3 discs
The Tardis delivers Doctor Who (Tom Baker, in his final season as the iconic character), Romana (Lalla Ward) and K9 (John Leeson) to an alternate universe called E-Space. There they encounter vampires, spiders, Marshmen and the dangerous Alzarian Adric (Matthew Waterhouse). The stories originally aired between Nov. 1980 and Jan. 1981. Bonus materials include a featurette that looks at the science behind E-Space.