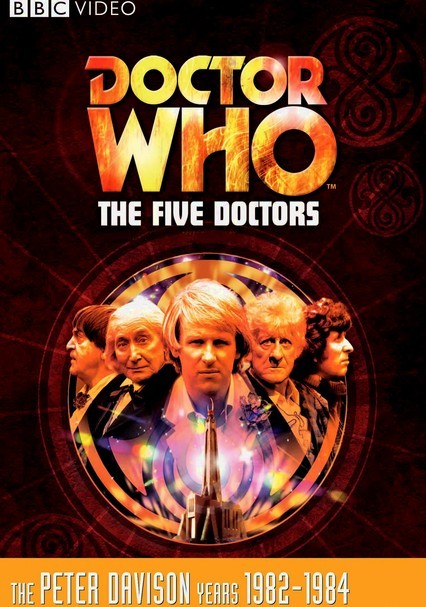 1983 NR 1h 30m DVD
When four of the current Doctor's incarnations fall prey to a rogue Time Scoop, they end up at the Death Zone of Gallifrey and must make it to the tomb of Rassilon to uncover the first Time Lord President's secret before being sucked into a vortex. But they've got company -- the men are besieged by a Dalek, a Yeti, Cybermen and the Time Lord himself. This television special marks the 20th anniversary of the long-running fantasy series.