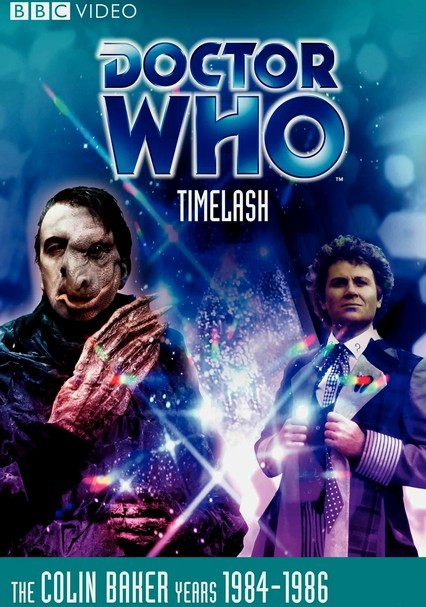 1985 NR 2h 4m DVD
In this chapter of the sci-fi series, a time tunnel known as Timelash nearly destroys the Tardis and lands the Doctor (Colin Baker) and Peri (Nicola Bryant) on the planet Karfel. Verging on revolt, Karfel's populace lives under a brutal dictator (Robert Ashby) who exiles dissenters through Timelash. The Doctor's efforts to unravel the despot's secrets lead to 19th-century Scotland and an encounter with the Time Lord's kindred spirit: H.G. Wells.