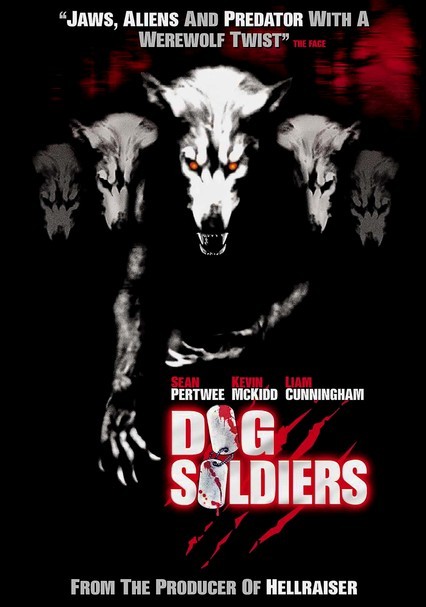 2002 R 1h 45m DVD
In Neil Marshal's directorial debut, a squad of soldiers is sent out on what should have been a routine military exercise in the wilds of Scotland. But the excursion turns into a waking nightmare when Sgt. Harry Wells (Sean Pertwee) and his men discover the bloody corpses of Capt. Richard Ryan's (Liam Cunningham) battalion. As the sun goes down, the soldiers are tracked by a pack of werewolves determined to feast on their flesh.