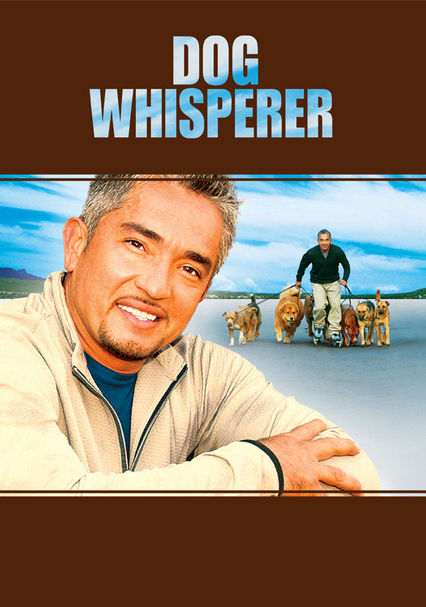 2004 TV-G 5 seasons
In this National Geographic reality series, dog rehabilitator Cesar Millan takes hopelessly maladjusted pets, from a petrified pit bull to a rottweiler on doggie death row, and converts them -- and their caretakers -- into models of good behavior. After hearing frustrated owners' stories, Millan swiftly demonstrates how to unlock the misbehaving mind-sets of a chicken-eating lab, a spinning schnauzer, Patti LaBelle's 150-pound guard dog and more.

Calm and confident "Dog Whisperer" Cesar Millan reveals the secrets to raising a pet that won't grow up to have issues in this fascinating National Geographic Channel series. The first season chronicles the rehabilitation of over 50 different dogs, from a chihuahua with a biting addiction to a towering Great Dane with a mortal fear of shiny floors. With Cesar's know-how, no misbehaved dog is beyond repair.

"Dog Whisperer" Cesar Millan continues his work with unruly canines -- and their sometimes-clueless humans -- in this engaging National Geographic Channel series. Some of his clients include a swimming pool-obsessed Labrador, a pug that disrespects his owner and the household pet pig, an out-of-control poodle, a couple whose dogs' aggression toward each other is ruining their relationship, and a manipulative basset hound puppy.

Possessing an uncanny knack for dog rehabilitation, Cesar Millan, the Dr. Phil of the canine world, demonstrates his amazing abilities in the third season of his Emmy-nominated TV series. Millan has helped countless troubled pets and their equally quirky owners achieve harmony in their households through his effective training and therapy. Now, watch him at work -- and see if you can sniff out any clues to helping your own pets.

Dog expert Cesar Millan offers his tried-and-true advice on employing a calm-assertive personality to train your canine companion, helping you restore harmony to your household no matter what your dog's behavioral problems. In Season 4, Cesar presents tips for getting your pup to accept household visitors, counsels a man with an overwhelming fear of dogs, and visits an animal rescue organization to quell fights among the residents.

Dog trainer Cesar Millan continues to transform the lives of people and their pets in the fourth season of his National Geographic series, which finds him nipping bad canine behaviors in the bud by encouraging owners to act as if they're in charge. In this second volume of episodes, Cesar helps a real-estate agent confront his lifelong fear of dogs and shows comedian Kathy Griffin how to keep her pets in line.