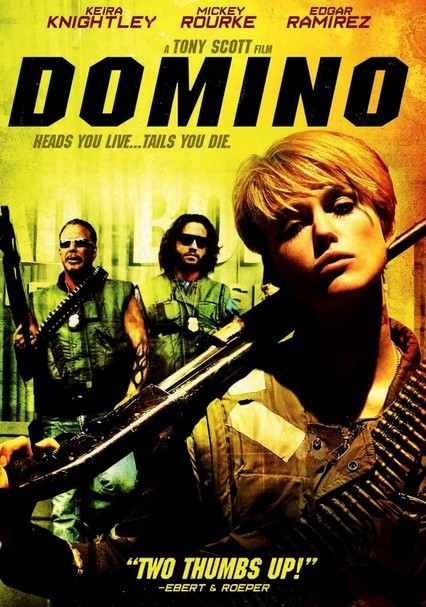 2005 R 2h 8m DVD
Tony Scott pilots this action-thriller based on the life of Domino Harvey -- the offspring of actor Laurence Harvey and model Paulene Stone -- who eschews a career in the fashion industry for a life as a bounty hunter.