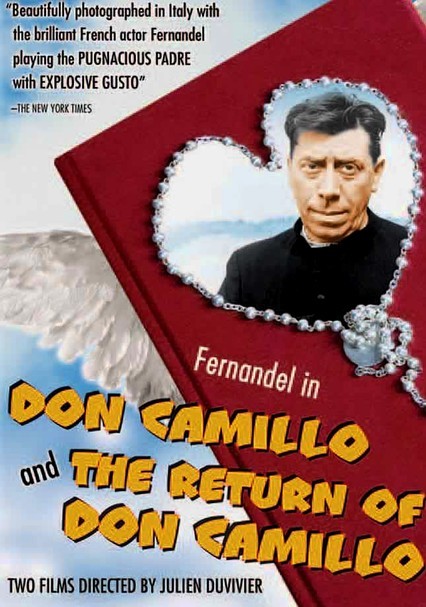 1952 NR 1h 42m DVD
The first in a series of films based on Giovanni Guareschi's popular books, this film stars French comedian Fernandel as Don Camillo, a Catholic priest who is at odds with his rural village's newly elected Communist mayor, Peppone (Gino Cervi). This joint production between France and Italy transcends its own identity as a comedy, making a historically relevant commentary about Italy's controversial postwar politics and policies.