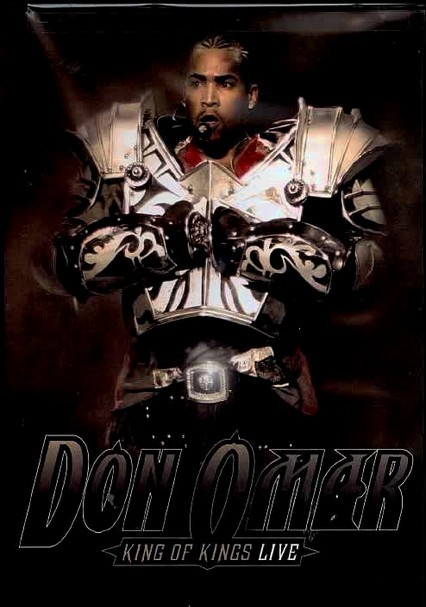 2007 NR 2 discs
One of the most successful artists to come out of the burgeoning reggaeton scene is Don Omar, who struts his stuff in this 2006 performance of his Grammy-nominated album "King of Kings." The Puerto Rican musician delights fans at his country's Jose Miguel Agrelot Coliseum with renditions of hits such as "Conteo" and "Los Bandoleros" (both on The Fast and the Furious: Tokyo Drift soundtrack). Three music videos are also included.