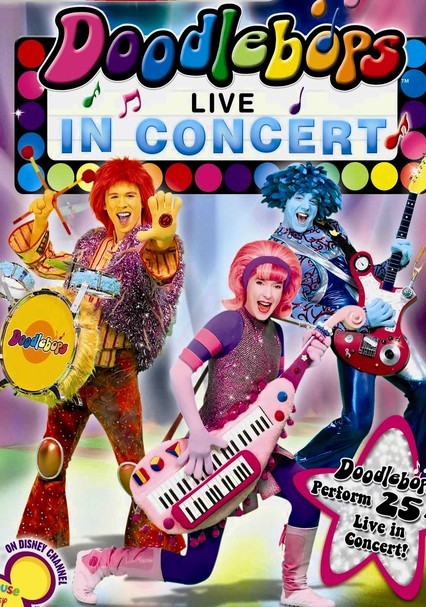 2008 NR 0h 55m DVD
Catch the kid-friendly, high-energy Doodlebops in performances filmed live during their 2007 tour. The popular and colorful group -- consisting of Deedee, Rooney and Moe -- sings 25 of their best-loved songs while they groove to the lively music. Made famous by their smash hit Playhouse Disney television show, the Doodlebops are sure to have your preschoolers dancing along to the bubbly beat of their catchy tunes.