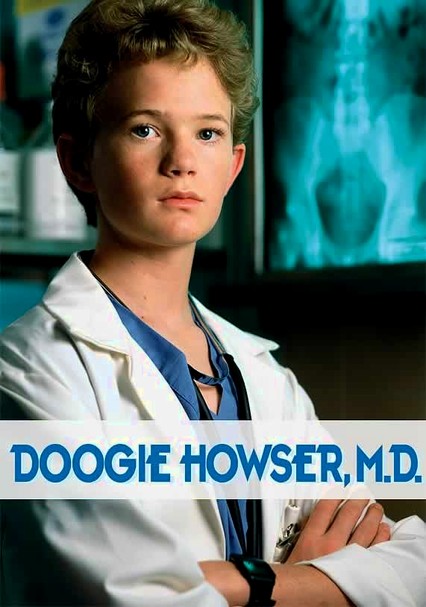 1989 NR 3 seasons
Though he's the youngest practicing sawbones in America after graduating from an Ivy League university at the age of 10 and then breezing through medical school, teen brainiac Doogie Howser (Neil Patrick Harris) can't escape the angst that comes with adolescence. In between patients, Doogie faces all the usual teen troubles: peer pressure, dating and the realities of growing up. James B. Sikking and Belinda Montgomery play Doogie's parents.

He might be a doctor, but 15-year-old kid genius Doogie Howser (Neil Patrick Harris) still has to deal with the hassles and hang-ups of teenage life in this Emmy-winning dramedy created by Steven Bochco and David E. Kelley. After breezing through high school, graduating from an Ivy League college and passing his medical boards, there's just one more credential Doogie needs -- his driver's license.

At age 18, whiz kid Douglas "Doogie" Howser (Neil Patrick Harris) has two years of medical experience under his belt -- but he's still admittedly a virgin. In the show's third season, Doogie and Wanda (Lisa Dean Ryan) try to be "just friends," but can they? Also, Doogie and his staff examine a creepy Egyptian mummy; Vinnie (Max Casella) comes to terms with being short; and Doogie dates a woman with a 4-year-old child.

Four years after he became a doctor at the tender age of 16, boy genius Doogie Howser (Neil Patrick Harris) is now a bona-fide grown-up with increasingly adult dilemmas -- including protecting his family. The fourth and final season of this classic 1990s program has the physician considering getting a handgun, sniffing out a fake colleague, channeling Sherlock Holmes, fending off rumors from a nurse and more.