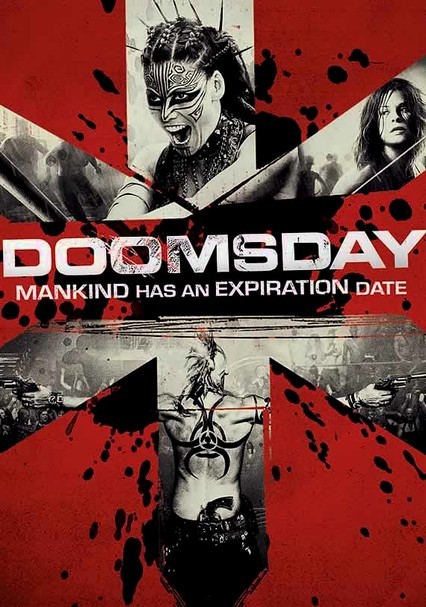 2008 UR 1h 53m Blu-ray / DVD
When a deadly viral epidemic kills hundreds of thousands of people in Britain, the government quarantines the infected behind a walled city -- only to be confronted with a resurgence of the disease 30 years later.

Parents need to know that this post-apocalyptic action-horror movie is brimming with bloody, splatty, graphic violence. Weapons include guns, swords, arrows, knives, and grenades, and brutal images include suicide by gun, decapitation, stabbing, torture, shooting, fighting, cannibalism, car chases, and crashes. A woman's naked breasts are visible during a shooting; other scenes feature pole dancing and cleavage-revealing outfits. Language includes lots of "f--k"s, plus other profanity. The heroine smokes cigarettes.

Various cleavage shots. A naked woman's breasts are visible when she's in the bathtub during a raid. Sol kisses his girlfriend lasciviously; he tries to kiss Eden, who bites his lip. Pole dancers wear fishnets, bikini tops, and bikini-style bottoms (their rears appear in close-ups). A masochist appears in black vinyl suit, begging to be hurt.

The main female character is surly but moralistic; the prime minister's assistant is power-hungry and cruel; punked-out tribe in Glasgow is furious and cannibalistic; one young soldier wants to protect a young woman.