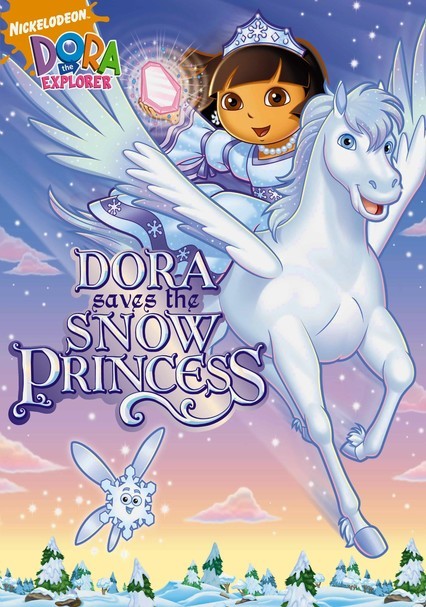 2008 NR 1h 33m DVD
Dora the Explorer teams up with Boots and the Snowflake Fairy in this feature-length adventure that follows the trio as they try to save Princess Sabrina and her snowy forest from a wicked witch who's stolen the princess's magic snow crystal. Dora and her friends must also stop the mean old witch from melting the beautiful wintry forest. Two other episodes, "Dora's Jack-in-the-Box" and "Bark, Bark to Play Park" are also included.

Parents need to know that this movie is fine entertainment for preschoolers and kindergartners and follows the same formula as the Nickelodeon TV series on which it's based. Songs and dialog are performed in English and Spanish, though English is the predominant language. A mean witch is mild enough for most kids, and the "threatening" polar bear and sea snake smile and are easily dispatched by Dora and her friends.

Dora and her pals model lessons in bravery, kindness, and helping.