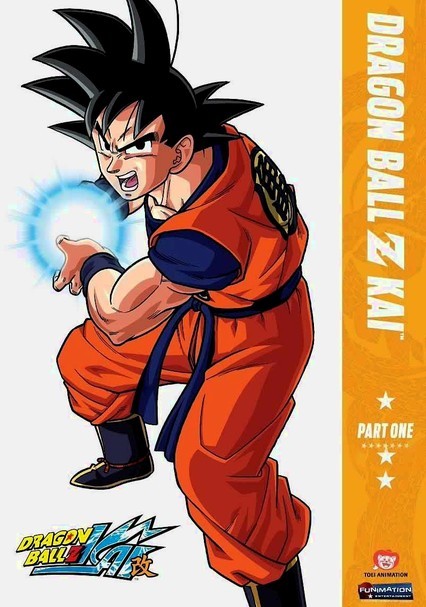 2009 TV-PG 2 discs
Updated and redubbed for a 20th-anniversary edition of the Dragon Ball Z anime series, the saga of the great fighter Son Goku resumes with his struggle to save the earth from the powerful Saiyan warriors, led by the sinister Prince Vegeta. To defeat the invaders, Son Goku must venture into the afterlife to gain the power he needs to face the Saiyans and to enlist the help of as many Z Fighters as he can muster. Part 1 includes episodes 1-13.

Parents need to know that this anime cartoon is heavy on violence, and characters wage war on -- and often kill -- each other with weapons and with their own superhuman powers. Although some do perish, many of the characters enjoy an unrealistic tolerance of the violence (they emerge unharmed from explosions or catch bullets in midair), which has its own set of issues for parents of impressionable tweens. Many of the characters will be frightening to kids, and the show favors action and entertainment over any meaningful content, so don't expect your tweens to glean anything worthwhile from the fast-paced adventures.

Violent exchanges are commonplace, both with weapons (guns, sticks, and the like) and with some characters' superhuman abilities. Warriors are tortured and many people die (including a main character), but some of the characters' powers protect them from everything from bullets to explosions of energy balls.

Evil is clearly defined, and benevolent characters fight to protect Earth from domination. Violence is the only means to an end, however, and some well-meaning characters die in the process. Recurring messages about standing up for what's right and depending on the people you trust.