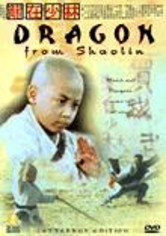 1996 NR 1h 29m DVD
Yuen Biao stars in this family-oriented martial arts comedy in which a young monk from the Shaolin temple has numerous adventures on his way to the Great Wall on a quest for Buddha. The monk teams up with a street hustler kid to raise money by performing Shaolin kung fu demonstrations; later, he joins his brother and Vivian Hsu to rescue the head of a Buddha statue from the bad guys.