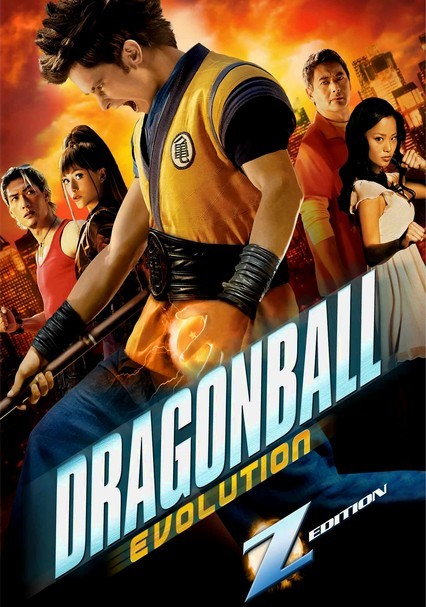 Parents need to know that this live-action adaptation of the popular anime/comic book/video game series has lots of martial arts action. There's not much blood, but expect plenty of fighting, weapons (throwing stars, staffs, futuristic guns, etc.), and even a couple of deaths (though one is reversed). Characters also flirt and kiss and use some mildly salty language ("damn," "hell," and the like). And while there isn't any obvious product placement in the movie, the film itself could be considered one big ad for all the existing Dragonball merchandise out there.

Constant martial arts action, with more emphasis on ducking, dodging, and diving than on brutality and bloodshed. Fights and scuffling, and two blodless deaths (one of which is reversed). Some futuristic sci-fi gunplay, but no impacts or blood. There's also lots of energy bolt hurling/combat and combat with martial arts weapons -- throwing stars, staffs, etc. When supernatural beings are cut in two, they regenerate before being hurled into lava. A martial artist is attacked with metal rods; he dodges the blows so adroitly that his attackers only hurt themselves.

Like other epic fantasy films, the movie's messages are generally positive: Have faith in yourself, you can do anything, willpower can triumph over anger, and so on. But whether kids will absorb that amid all the high kicks and karate chops is another matter. One character is a thief, but he's presented, briefly, as more of a lovable brigand a la Han Solo. There are several strong female characters.

No real-world brands are mentioned, but the movie is an adaptation of the popular anime/manga series, so in a sense, the whole thing is an ad for the Dragonball franchise (which includes plenty of products).