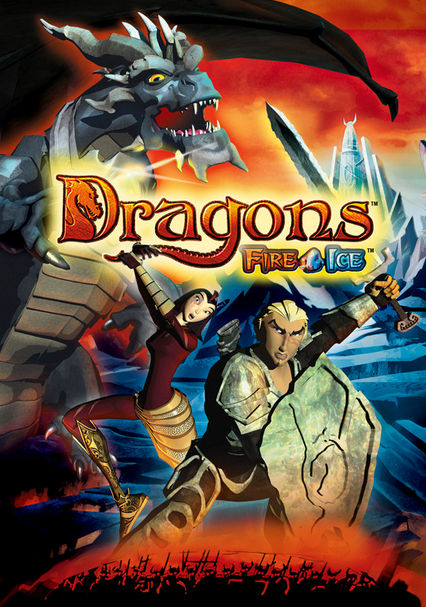 2004 NR 1h 12m DVD
Unlikely allies Prince Dev of the Norvagan and Princess Kyra of the Draigon team up to restore peace among their people, who are sworn enemies. Together with their dragons, the only two remaining of their kind, the brave duo fights mystical forces.

Parents need to know that Dragons: Fire and Ice is a 2004 CGI fantasy movie with considerable fantasy violence as warring factions do battle with swords, flaming spears, battle axes, as well as magical uses of fire and ice. There are also battle scenes where flying, evil-looking gorgons appear amidst fiery demonic orange landscapes; these gorgons look like future nightmares for younger or more sensitive viewers. The movie is a co-production of the toy company Mega Bloks -- which has sold dragon toys that look similar to the dragons in the movie.

Through the chaos of the intense battle scenes, characters who have been raised to be bitter rivals find common ground and shared purpose.

This is a co-production of the toy company Mega Bloks, which sells a line of dragon and fantasy-themed toys.