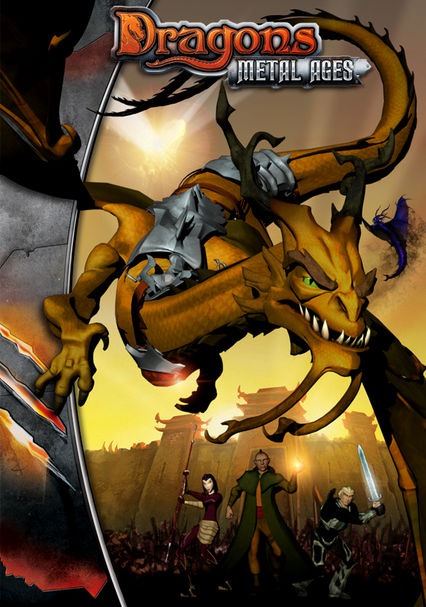 2005 NR 1h 12m DVD
In this computer-animated fantasy tale based on a line of Mega Bloks toys, three young medieval heroes to try to stop a clan of dark-hearted dragons from starting a war, while the fates of the human and dragon worlds hang in the balance.

Parents need to know that Dragons II: Metal Ages is the sequel to Dragons: Fire and Ice, and both movies are inspired by a line of toys created and marketed by the Mega Bloks toy company, who also co-produced this series. There is frequent fantasy battle violence -- armies of human soldiers fight with crossbows, flaming spears, and battle axes, as flying dragons breathe fire overhead. The evil dragons look demonic to the point where younger or more sensitive viewers will likely be scared.

Frequent fantasy violence. Numerous battle sequences where characters use swords, battle axes, and various medieval looking implements while fighting each other. The evil dragons look quite demonic, and could be too scary for younger or more sensitive viewers.

Characters form alliances and work together in order to achieve a mutually beneficial victory.

This movie is inspired by a line of toys created by the Mega Bloks toy company, who co-produced the movie.

Two elderly kings drink from chalices. One king loses his temper and throws his chalice, and it appears that wine spills out.