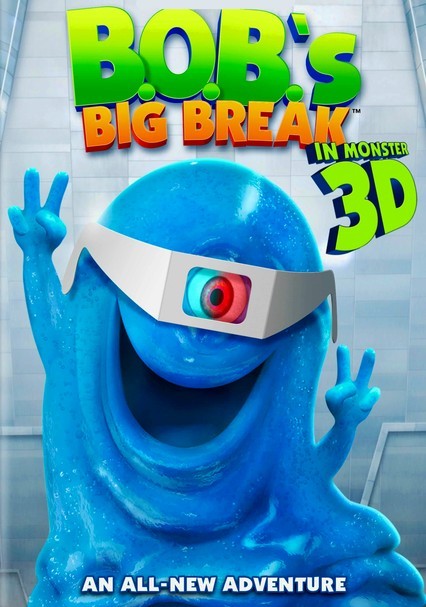 2009 NR 0h 20m DVD
Back in 1968, the thrills don't end for B.O.B. and his friends as a birthday celebration turns into a plan for a big break-out from a top-secret government holding cell by outwitting General W.R. Monger.

Parents need to know that this short animated film that comes packaged with the Monsters vs. Aliens DVD combines the same goofy characters with conflict and cartoon violence that might be disturbing to very young children. Two creatures attempt to blow up their friend with a bomb. The trio fights against an evil military foe by throwing gelatinous blobs at him and engaging in angry (though funny) exchanges, and a jet goes up in flames. Viewers can choose 2-D or 3-D, and the latter cranks up the intensity.

The conflict between the monsters and the general ranges from slightly tense chase scenes to angry exchanges to getting trapped and hit by blobs. The fiery crash at the end might disturb sensitive kids.

The characters mildly insult each other and use words like "stupid" and "party pooper."

Not much of a message in this short film, though what little there is tends toward the negative. Friends insult each other (though humorously), and the general criticizes another's athletic ability by saying, "You throw like my 12-year-old niece."

The high profile of Monsters vs. Aliens means kids will see these characters as toys and other merchandise.