Drive: Notes from the Wilderness: Season 1 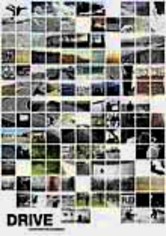 Drive: Notes from the Wilderness: Season 1

2005 NR 2 discs
Pro skater Mike Vallely hosts this revealing exploration of skateboard culture around the world. In the premiere season of this series that originally aired on Fuel TV, Vallely chats with skating greats Tony Hawk and Lance Mountain, travels to South Africa and puts the spotlight on heroes who've overcome some serious setbacks. All six episodes from Season 1 are included in this two-disc set, along with a bonus featurette and additional footage.