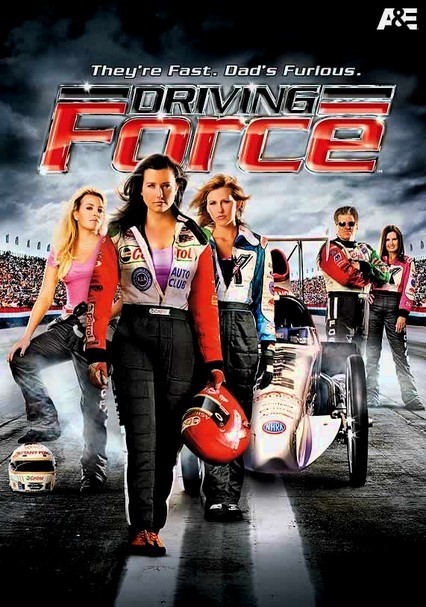 2006 TV-14 1 season
This engrossing reality series traces the endeavors of Courtney, Brittany and Ashley, the daughters of iconic drag racer John Force, as they follow in his footsteps and join the competitive racing circuit as members of his company. John hopes that their passion for his vocation will bring them closer, as he missed much of their childhoods, and the competitive girls strive to earn his respect while also achieving their educational goals.

Racing legend John Force has made a career out of putting the pedal to the metal; now, his three daughters are determined to do the same. This popular reality series charts their progress. With Dad trying to make up for time away from home during his racing heyday, and Ashley (22), Brittany (19) and Courtney (16) trying to prove their mettle on the track, the Force family provides an up close and personal look at the world of drag racing.

Parents need to know that John Force and his wife Laurie have an unorthodox relationship. They live in separate houses and often make jokes about not getting along. For much of his daughters' youth, John was on the road racing while Laurie raised them. Now that they're grown up, he often has difficulty relating to them, sometimes acting more like a coach than a dad.

Some car crashes within the racing context.

It's fun to win, but it's also OK to mess up once in a while.

Some of the cars are sponsored by corporations, but it's relatively unobtrusive.