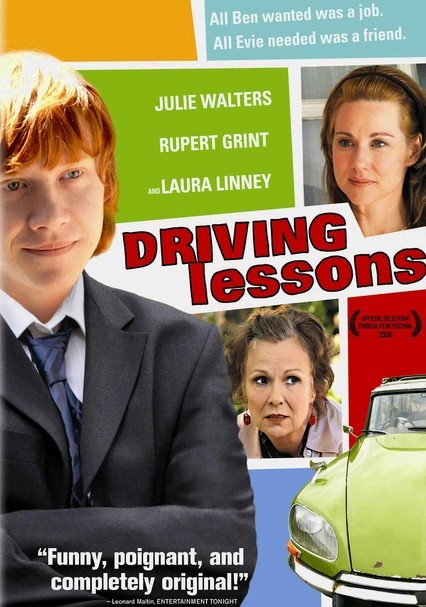 2006 PG-13 1h 38m DVD
Looking to earn some cash -- and to get out from under the thumb of his domineering mother -- shy teen Ben Marshall accepts a job working as an assistant to a retired soap opera actress with an unquenchable thirst.

Parents need to know that this coming-of-age story (which stars Rupert Grint, of Harry Potter fame) focuses largely on sexual awakening and insecurities. This involves the 17-year-old hero's mooning over a classmate, fretting over his mother's adulterous affair, and learning about the sexual interests of his employer, a retired actress. He ultimately loses his virginity to a college student (brief skin is visible). Several references (visual and verbal) to hitting women with cars. Some drinking and salty language, especially from Evie (a couple of "f--k"s, plus other profanity).

Discussions of sex and a young man's sexual desire; slang for breasts ("t-ts"); adulterous affair; 16-year-old's crush leads to bad romantic poetry; boy's loss of virginity (kiss and embrace, some clothing removed, wakes in the morning with girl in bed); a fan tells Evie her TV soap is "big on the gay scene."

Car careening; car-related injury; discussion of a man running over his wife with his car (treated as comedy, but doesn't sound so funny).

Evie drinks to the point of drunkenness and passing out; Ben drinks wine with Evie (he identifies himself as underage), then drinks liquor in a pub; some background smoke.