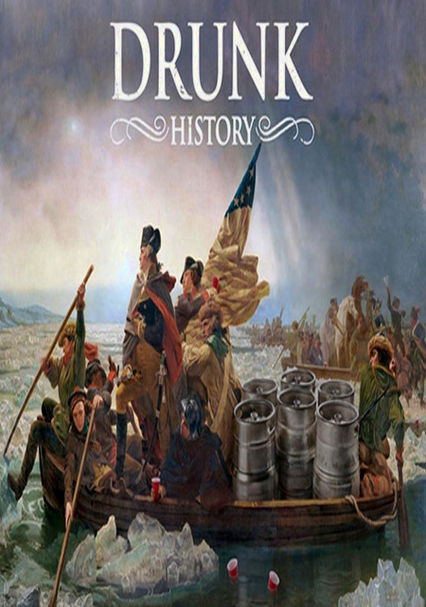 2013 TV-14 2 seasons
Based on the hilarious Web series, this show features comic actors attempting to re-enact tales from history as told by intoxicated narrators. Jack Black, Will Forte, Bill Hader, Michael Cera and Kristen Wiig are among the participants.

A rotating roster of top comic actors attempts to act out scenes from American history, as told by inebriated fellow cast members in this side-splitting show. The debut season includes appearances by Jack Black, Bill Hader, Jack McBrayer and others. This disc contains all episodes from Season 1.

In another season of hilariously incoherent improvisational comedy, a rotating group of top television and film actors drink themselves into a boozy stupor, then attempt to act out famous scenes from American history.

Parents need to know that Drunk History is hosted by comedians who drink until they're falling-down drunk and then relate historical anecdotes which are reenacted by other comic actors. At the beginning of every segment, titles note how much each host has drunk and what (a bottle of scotch, a six pack, or a half a bottle of absinthe), and we see them slurring their words, falling over, vomiting into buckets and toilets, passing out. All of this is played for laughs and viewers, particularly young ones, will conclude that being drunk is hysterically funny. Though the historical scenarios reenacted on the show are true, interesting, and very often illuminate little-known historical topics, the hosts' inebriation undercuts this positive. Some reenactments feature minimal violence (such as the assassination of Lincoln), and unbleeped four-letter words are common. All this said, the show is hilarious and parents will enjoy watching it with adult kids or older/sophisticated teens. Just make sure you counter iffy messages about being drunk and how funny it seems to be.

Occasional references to sex and dating; frequent off-color remarks like "When I drank it sounded like I farted."

Some historical anecdotes involve violence, such as the assassination of Lincoln or Thomas Edison's experiments with animal electrocution. Violence is played for laughs and we see no gore.

Language is frequent and includes plenty of F-words, plus "a--hole" and other colorful words.

The comedians telling historical anecdotes are generally spotlighting little-known and interesting true tales. This focus on historical information is undermined by the goof of having extremely drunk people relating information.

The whole point of the show is to exploit the comedy found in drunken people. We see hosts drinking onscreen, falling over, slurring their words, vomiting, etc. It's all played for laughs and viewers will get the idea that being totally inebriated is hilarious.