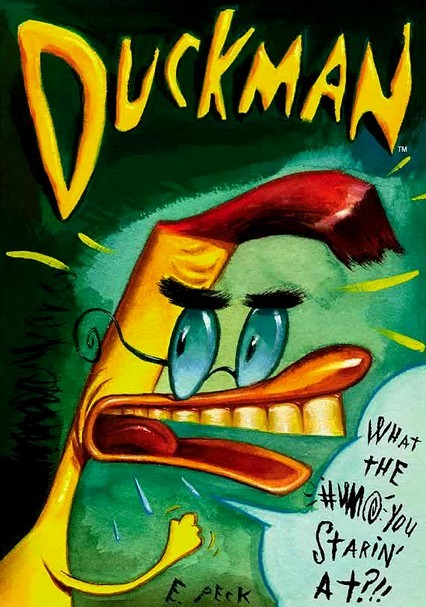 1994 TV-14 2 seasons
When he's not on misadventures with his porcine partner, Cornfed (Gregg Berger), unscrupulous, incompetent and sex-obsessed Det. Duckman (Jason Alexander) tackles living with his dead wife's twin sister, three sons and ridiculously flatulent mother-in-law. Based on Everett Peck's underground comic, this irreverent animated series finds the aggressive antihero frequently yelling, "What the hell are you staring at?"

Jason Alexander ("Seinfeld") provides the voice for the title character of this irreverent animated series that follows the misadventures of the distasteful private dick Eric Duckman and his partner, Cornfed Pig (Gregg Berger). Despite his obsession with sex, his taste for booze and his penchant for avoiding work, Duckman still manages to keep his family together and solve a few cases from time to time.

Boorish private dick Duckman (voiced by Jason Alexander) returns for more comic misadventures with his partner, Cornfed (Gregg Berger), in this collection of episodes from the cult animated series that serves up sharp satire and a healthy dose of cynicism. Among the highlights from Seasons 3 and 4, Duckman lands himself in the nuthouse, starts a revolution in a third-world country, adopts rap star Coolio and buys a mail-order bride.