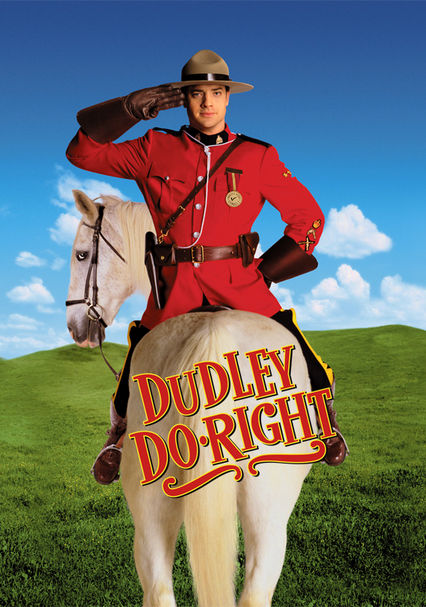 1999 PG 1h 23m DVD
Relentlessly upright Canadian Mountie Dudley-Do-Right keeps the peace in the small town of Semi-Happy Falls. But baddie Snidely Whiplash has concocted a plot to take over the town and usurp its semi-happiness.

Parents need to know that Dudley Do-Right is the 1999 live-action movie starring Brendan Fraser as the beloved Canadian Mountie from the classic 1960s cartoon. While, like the cartoon, there are lots of puns and slapstick, there's also some humor that could be inappropriate for younger kids. For instance, a pigeon lands on Snidely Whiplash's head and defecates; also, a recurring joke shows Dudley Do-Right's horse audibly passing gas. Aside from this, there is some drinking -- one of the main characters acts very drunk then is shown waking up the next morning moving slowly, moaning, and complaining about his hangover. There is also cartoonish violence with guns and cannons.

Frequent cartoonish violence and slapstick pratfalls. Characters shoot guns and rifles, and fire cannons at each other. A character gets hit in the head twice by a large rock at close range before getting hit in the groin by a rock.

As a mostly faithful re-creation of the very silly 1960s cartoon series, the humorous puns and slapstick pratfalls trump any attempts at positive messages.

Characters are shown drinking in a bar. One character drinks and acts intoxicated -- stumbling, falling, yelling -- and is shown hung-over the next day.