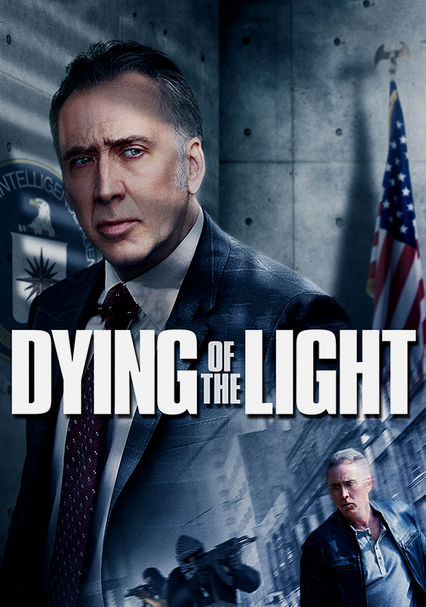 2014 R 1h 35m Blu-ray / DVD
Forced to retire and just diagnosed with dementia, CIA operative Evan Lake learns that his nemesis -- a terrorist long-presumed dead -- has resurfaced. Going rogue, Lake sets out to hunt down his foe while staying one step ahead of a crumbling mind.

Parents need to know that Dying of the Light is an international revenge thriller with a main character who's diagnosed with a form of dementia. There are bloody chases, fights with guns and knives, suicide, spurting blood, and dead bodies. Language is strong, with several uses of "f--k," "s--t," and "ass." The main character drinks frequently, overdoing it once or twice. He also smokes. Sex isn't an issue except for a kiss between adults and references to Internet porn. The movie is very pro-CIA and features a stirring speech about "the call" to join. It's directed by Paul Schrader, who claims that his director's cut was taken away, edited, and newly scored and mixed without his approval. What's left is mildly interesting, but die-hard cinephiles may want to join Schrader in his silent protest against this truncated release.

A character is held hostage and beaten in the face with a baseball bat. Guns are shown and fired. Blood. Ear sliced open. Car chase. Suicide from a bridge. Chase scenes. Throat slicing, with blood spurt. A shootout, with dead bodies and blood. Fighting. Knives. Eye gouging. A second suicide.

Mainly a revenge tale without hope, although a secondary character volunteers to help the main character with no expectation of reward. The movie is very pro-CIA.

A character drinks several times: whiskey in a bar, sake at home, martini in restaurant. Another character takes his drink away when he's had too much. Smoking. Prescription pills shown.