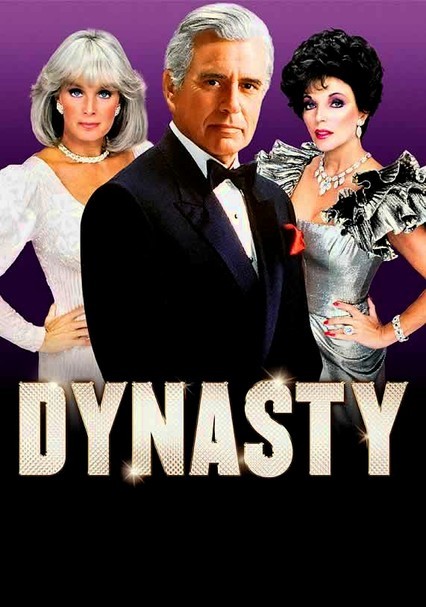 1981 NR 4 seasons
A prime-time staple of the 1980s, this glittery soap opera -- a worthy rival to "Dallas" -- positively drips with jewels, glamour, greed and passion, perfectly embodying the excess by which the decade came to be defined. Centered on the well-heeled Carrington clan, including oil magnate Blake, his lovely wife, Krystle, and the deliciously devious Alexis, the series embraces its outlandish story lines and over-the-top fashions with equal gusto.

Tensions run high in the fourth season of this smash-hit nighttime soap, as oil baron Blake Carrington (John Forsythe) and his bisexual son, Steven (Jack Coleman) -- once presumed dead in an accident overseas -- launch a bitter battle for custody of Steven's son, Danny. Meanwhile, African-American singer Dominique Deveraux (Diahann Carroll) creates quite a stir when she reveals her surprising connection to the Carrington clan.

Filthy-rich Blake Carrington (John Forsythe) and his deliciously dysfunctional clan are back for more over-the-top drama in these episodes from the prime-time soap's fourth season, which finds Alexis (Joan Collins) on the wrong end of a blackmailing scheme. Meanwhile, Fallon (Pamela Sue Martin) has a crippling run-in with a truck, Krystle (Linda Evans) finds that she's with child, and Dominique Deveraux (Diahann Carroll) appears on the scene.