ESPN: Before They Were Pros 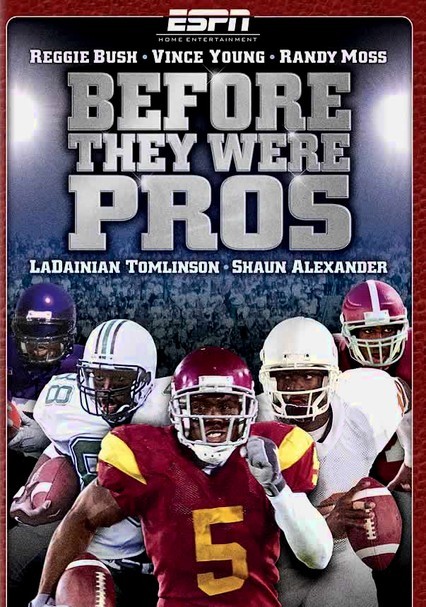 ESPN: Before They Were Pros

2008 NR 3h 24m DVD
Before they were pros, they were ambitious players on college teams across the country. Watch how these future NFL stars forged their skills on the crucible of collegiate football. Condensed footage showcases the promising careers of Heisman winner Reggie Bush at the University of Southern California, Randy Moss at Marshall University, Shaun Alexander at Alabama, LaDainian Tomlinson at Texas Christian and Vince Young at the University of Texas.