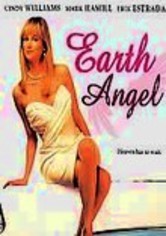 1991 NR 1h 32m DVD
After an unfortunate car crash claims the life of a prom queen in 1962, the powers that be of the great beyond believe the young Angela (Cathy Podewell) hasn't yet earned her entrance into the pearly gates. She's sent on a celestial mission back to earth almost 30 years later to act as a good-deed cupid for a group of teenagers. Mark Hamill and Cindy Williams co-star in this hilarious and heartwarming tale of redemption.