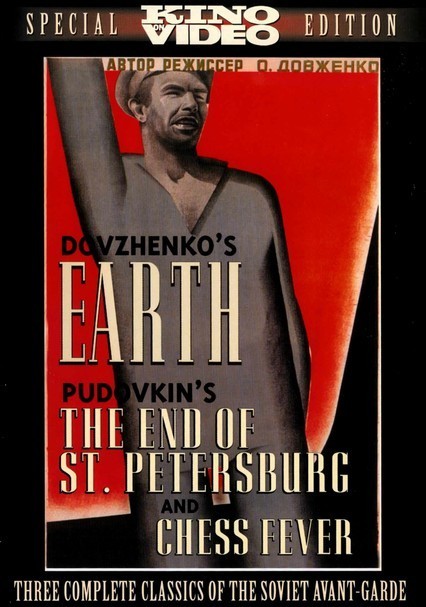 1925 NR 3h 6m DVD
These three silent Soviet films is a must for foreign classics fans. Aleksandr Dovzhenko's Earth explores life, death, violence and sex as they relate to collective farms. Vsevolod Pudovkin's The End of St. Petersburg, in which a peasant unwittingly helps in the arrest of an old village friend turned labor leader, commemorates the 10th anniversary of the Bolshevik Revolution. In Pudovkin's Chess Fever, a young man becomes completely obsessed with the game.