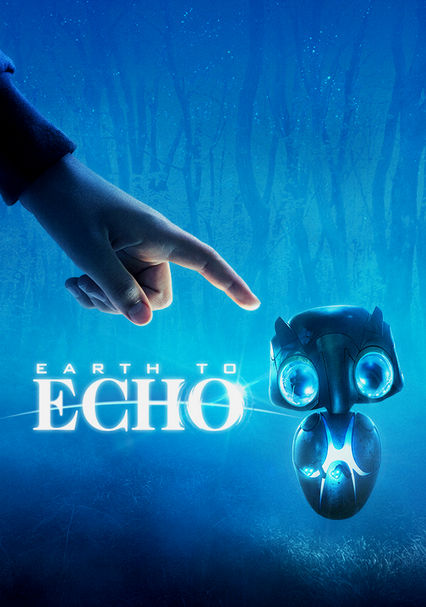 2014 PG 1h 31m Blu-ray / DVD
When a construction project begins in their neighborhood, four friends start receiving bizarre encoded text messages on their cell phones. Setting out to find the origin of the texts, the group stumbles on an astonishing answer.

Parents need to know that Earth to Echo is a family-friendly alien adventure that's reminiscent of E.T., The Goonies, and other films featuring preteens who ultimately save the day. There's some mild violence (against the adorable alien), peril, and the threat of violence, but the main characters remain unscathed, and the villains aren't overtly scary. One guy makes a suggestive joke that may go over younger kids' head, and the boys occasionally make comments about "hot" girls (one lies about kissing the most popular girl in the class), but overall there's little romance. The young leads get into some iffy situations (they go to a bar and a high school party, etc.) and lie to their parents, but they're unconditional friends to one another and selflessly commit to helping their extra-terrestrial discovery. Note: The film's found-footage shooting style results in some jumpy, jerky visuals that may be physically difficult for some viewers to sit through.

Not as intense as other alien adventures, though there's plenty of tension and some peril. The kids ride away from shady-seeming adults who seem to be chasing them. A kid drives during a car chase; a collision seems likely but doesn't happen. At one point, an adult rather easily takes the backpack containing Echo after a brief back and forth. One kid is held against his will, and a group of adults tries to keep his friends in their custody, too. A boy records a goodbye message in case he doesn't make it out of one situation alive. The adults also surgically operate on/torture Echo. Very young kids might find Echo a bit scary at first (he makes things move/crash around).

A few "what the"s with a left-off expletive, plus insults like "loser," "liar," and "stupid."

Positive messages about friends sticking together, helping those you care about find their way home, and having/watching your friends' back, even when it's not convenient or easy. The kids also realize that distance doesn't have to ruin a friendship and that kids can and do make a difference. The boys' shifting relationship with Emma sends the message that you can't judge people based solely on what they look like.

The kids stumble into a biker bar where adults are drinking; the kids are given age-appropriate Shirley Temples. They later go to a high school party where teens drink from red Solo cups; presumably some are drinking alcohol, because they flee once the cops arrive.