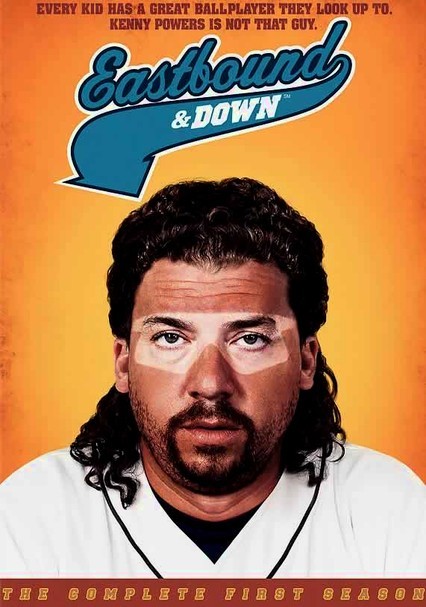 2009 TV-MA 4 seasons
Former Major League pitcher Kenny Powers (Danny McBride) saw his career go up in smoke after a steroid controversy. In need of cash, the hurler takes on a job as a substitute gym teacher in his North Carolina hometown. Living with his brother Dustin (John Hawkes) and desperate to get back in the game, Kenny plots his comeback while pursuing another national pastime: drinking himself into oblivion.

After blowing it as a major league baseball pitcher, Kenny Powers (Danny McBride) returns to his small Southern hometown, where he takes a gig as a substitute gym teacher at his old middle school. There, he gets to see his former high school sweetheart, April (Katy Mixon), who is engaged to Terrence (Andrew Daly), the dimwitted principal. This hilarious, Southern-fried series is produced by Will Ferrell and Adam McKay.

Danny McBride heads up another season of laughs as Kenny Powers, a foul-mouthed borderline alcoholic and disgraced major-league pitcher who returns to his puny hometown to teach middle-school gym class and plot his big career comeback. Will the former baseball pro's crude behavior and inflated self-image keep undermining his efforts to get back to the big leagues? Or has teaching middle-school kids finally taught him a thing or two?

Former Major League pitcher Kenny Powers clings desperately to his baseball career, goaded on by his own arrogance in this comedy series. As he mounts his comeback, Kenny must deal with the humiliation of plying his trade in a minor league backwater.

After his once-promising pitching career self-destructs, Kenny Powers trades the big leagues for a less heroic life back home in the Carolinas. The fourth season of the irreverent sitcom tracks Kenny's struggle to adapt to life as a single dad.