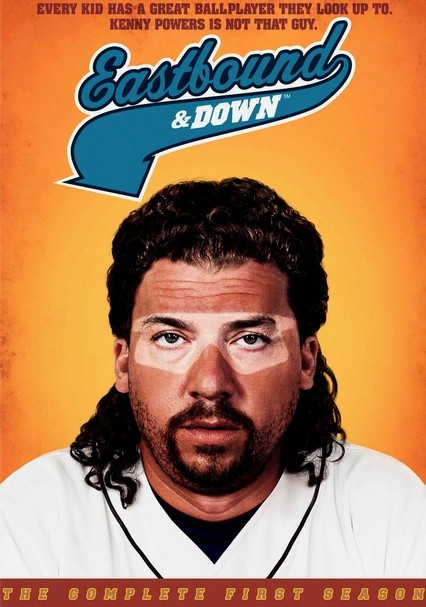 2009 NR 2 discs
After blowing it as a major league baseball pitcher, Kenny Powers (Danny McBride) returns to his small Southern hometown, where he takes a gig as a substitute gym teacher at his old middle school. There, he gets to see his former high school sweetheart, April (Katy Mixon), who is engaged to Terrence (Andrew Daly), the dimwitted principal. This hilarious, Southern-fried series is produced by Will Ferrell and Adam McKay.

Parents need to know that this pay cable comedy's main character is a profane, misogynistic former baseball player who's squandered his money and his talent. Angry and bitter about the direction his life has taken, he tries to soothe his pain with beer and drugs but secretly cries himself to sleep. Expect nonstop swearing (including "f--k" and worse), drinking, and drugs, as well as some nudity and frequent graphic descriptions of sex.

Some nudity, including topless women, as well as plenty of graphic discussion about sex.

Extremely profane. The main characters seem unable to construct a sentence without swearing, including "f--k," "s--t," "p---y," and other choice words. Kenny also often swears at, or in front of, children.

Kenny is a thoroughly unlikable character. He's racist, sexist, swears constantly, and is mean to kids.

Kenny is often shown drinking beer, sometimes while driving, and he sometimes gets staggering drunk. He also likes cocaine and is shown using it.