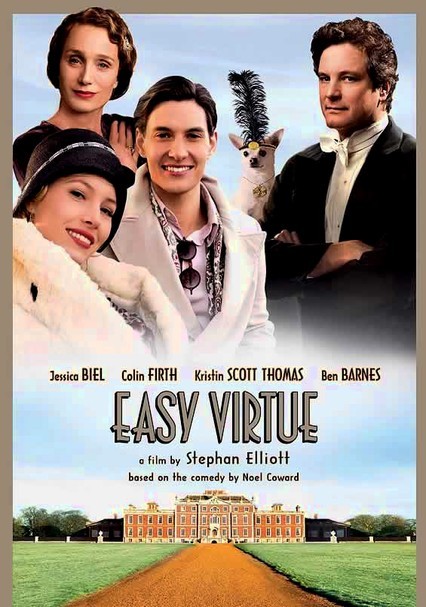 2008 PG-13 1h 36m Blu-ray / DVD
American widow Larita (Jessica Biel) meets John (Ben Barnes), a wealthy young Englishman, in France and impulsively marries him. But when they visit his family at their country estate, Larita receives a chilly reception from her virulent new mother-in-law (Kristin Scott Thomas). As she waits impatiently to move on with life in London, Larita forms a subtle bond with John's father (Colin Firth) while John falls further under his mother's spell.

Parents need to know that this play-based period comedy might not seem to be standard fare for teens at first glance, but its two leads -- Jessica Biel of 7th Heaven and Prince Caspian's Ben Barnes -- may be a draw. The film tackles some mature themes, mainly regarding marriage and in-law relationships, and has a little swearing. Not surprisingly for a period film, the characters do smoke a lot -- nearly incessantly, actually. There's also drinking and some (though not much) partial nudity.

A married man undresses his wife, though all the audience sees is a far-off reflection in a mirror. Much moaning ensues. An unhappily married man embarks on a scandalous affair.

Some yelling, and a dog is accidentally killed. There's also some talk of euthanasia and a fox-hunting scene.

Lots of witty, scathing repartee and a rare use of â¿¿bitch.â¿

A young woman means well, as does her new husband, but somehow they fail to support each other. A mother-in-law is very judgmental and doesnâ¿¿t seem to be aware of how terrible she can be. A father (who suffers from post-WWI depression/malaise) seems unconcerned about his sonâ¿¿s fate. A young woman and her mother-in-law clash and, after some attempts to get along, dig in their heels for a long fight.

Drinking in social situations, sometimes straight out of the bottle, and endless smoking (accurate for the 1920s era).