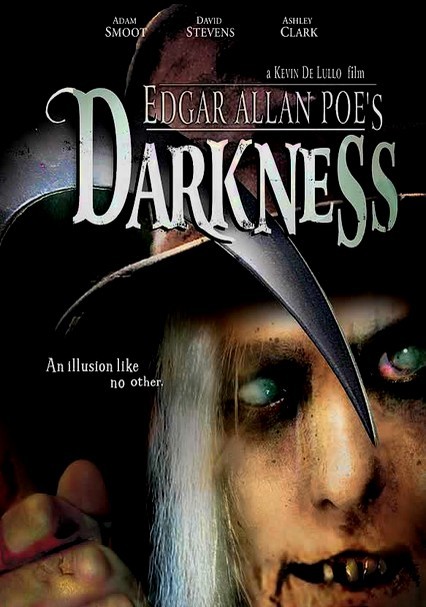 2002 NR 1h 24m DVD
When a group of young actors adapt an Edgar Allan Poe tale into a theater production, the line between truth and fiction becomes terrifyingly blurred as elements from the harrowing story begin to bleed over into reality. The ensemble soon comes to the horrifying realization that life has begun to imitate art, and their collective descent into madness has reached a point of no return. Adam Smoot, David Stevens and Ashley Clark head the cast.